What kind of public participation?

It seems the term public consultation has become very fashionable. Citizens are asking for them, authorities must hold them, but not all public consultations are created equal. There are several types, depending on projects, legal frameworks and the level of advancement of each process.

In Quebec, the Loi sur l’aménagement et l’urbanisme (LAU) governing urban planning obliges municipal authorities to consult their citizens about any decision that affects their general plan, specific urban planning projects or the municipal vision statement. That said, the LAU more often than not refers to the simple obligation to “hold at least one public meeting” on the proposed changes and announce it within a reasonable time in a local newspaper.

Continental trends point in a very different direction. In the US, polls show large majorities of the public are demanding that government be more responsive to the will of the people. This is prompted by their commitment to democratic principles. It is also prompted by the growing and now widespread perception that government leaders pay little attention to the voice of the people and prioritize serving special interests over the common good. This has led to disturbingly low levels of trust in government and undermined the public’s readiness to make short term sacrifices for long term goals.

More and more cities are therefore deciding to go beyond the very light requirements of the LAU to actually engage in a real dialogue with their citizens, instead of simply keeping them informed. Laval and Granby have recently held multi-step consultation programs that are considered best practices in the field. It must be said that not all public consultations are created equal. Public participation should be adapted to the role that is expected of the public in each context, depending on the level of advancement.

What is expected of the public by the way?

At COLOKIA, we believe that there are at least four levels of public participation and that as facilitators, we must state the purpose very clearly at the onset. As in a pyramid, the first levels attract more volunteers, at the very beginning of the process, and require less effort on the part of the citizens, while once in the higher levels of the “commitment pyramid”, participants continue to be solicited and contribute in their own right to the decision-making process, as the project develops. In short, the public can (and should) remain involved throughout a project, because not everything can be understood or handled in a single 90-minute session. Information. The public receives full information, in plain language. It is not yet a question of public participation strictly speaking, but the step is fundamental, because the content is schematized for an audience of non-specialists. This is the basis of any public participation exercise. It’s usually an opportunity to answer questions, through the presentation of experts in their fields. For the process to be fair, citizens must have access to factual information in advance. Discussion. In this type of public participation activity, public input is sought. For real. We listen to favorable and unfavorable points of view and we equip ourselves with tools to mobilize the population and collect points of view. This is an opportunity to sub-question and fully grasp the deep nature of public opinion. Consultation. At this stage, there is a real interaction between the public and decision-makers. These can be group workshops to properly grasp the proposed technical content, to allow professionals to clearly identify needs or to document “customer cases” typical of the current area or future project. Co-creation. At this phase, the public plays an important role in the design of the solution or the development plan. Advanced design sprint techniques can be used to create models, to determine what gains are achievable in the short term or in the overall design of the plan.

There is another form of consultation usually initiated by private developers or socio-economic community groups in the initial stages of projects, to involve stakeholders from the outset or to ensure that community groups present documented points of view. Real estate developers who wish to implement themselves in the right way organize pre-consultations to understand the communities they are settling in and anticipate the impact that their project will have on the community. They can then modify certain elements to take the community into account the living and thus reassure the city’s urban planning department as to the social acceptability of their requests. Ultimately, this avoids the unnecessary costs of a denial or major change requests from the municipality later in the process. It is important to note that pre-consultations do not replace the formal municipal consultation process but that they are indeed a bonus, very profitable, to be started upstream of the development project.

The Office de consultation publique de Montréal (OCPM) was established in 2002 with the aim of ensuring a credible and transparent public consultation process. Its members are neither elected nor municipal employees. Its public consultation mandates are entrusted by City council or the Executive committee. These mandates relate mainly to projects that fall under municipal jurisdiction in urban planning and land use planning, but they can also extend to any project submitted by the Executive committee or the City council. 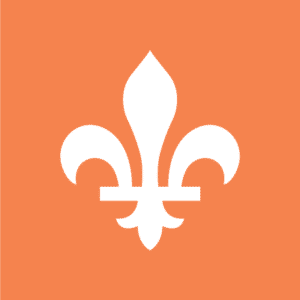 The Bureau d’audiences publiques sur l’environnement (BAPE) is an impartial government agency reporting to the Quebec Minister of the Environment. It allows citizens to obtain information and exercise their right to speak on projects and on any issue relating to the environment that could have repercussions on their environment or on their quality of life.

According to the Quebec Mining Act, the proponent of a metal mine project must hold a public consultation before submitting its application for a mining permit to the Ministry of Energy and Natural Resources (MERN). It must therefore take place at the start of the process, before the operating permit is granted by the government.

Consultation Québec is a government organization that aims to allow Quebecers to express themselves on matters of public interest. To participate, you must first create a profile on the portal. The organization’s website offers a series of ongoing consultations to which it is possible to participate. The majority of their consultations are in the form of surveys.

The Quebec Ministry of Municipal Affairs
and Housing oversees the law on land use planning and urban planning and presents on its website the outline of the minimum required for the organization of public consultations in the municipal sector.
Three lessons from Barcelona →
Share This